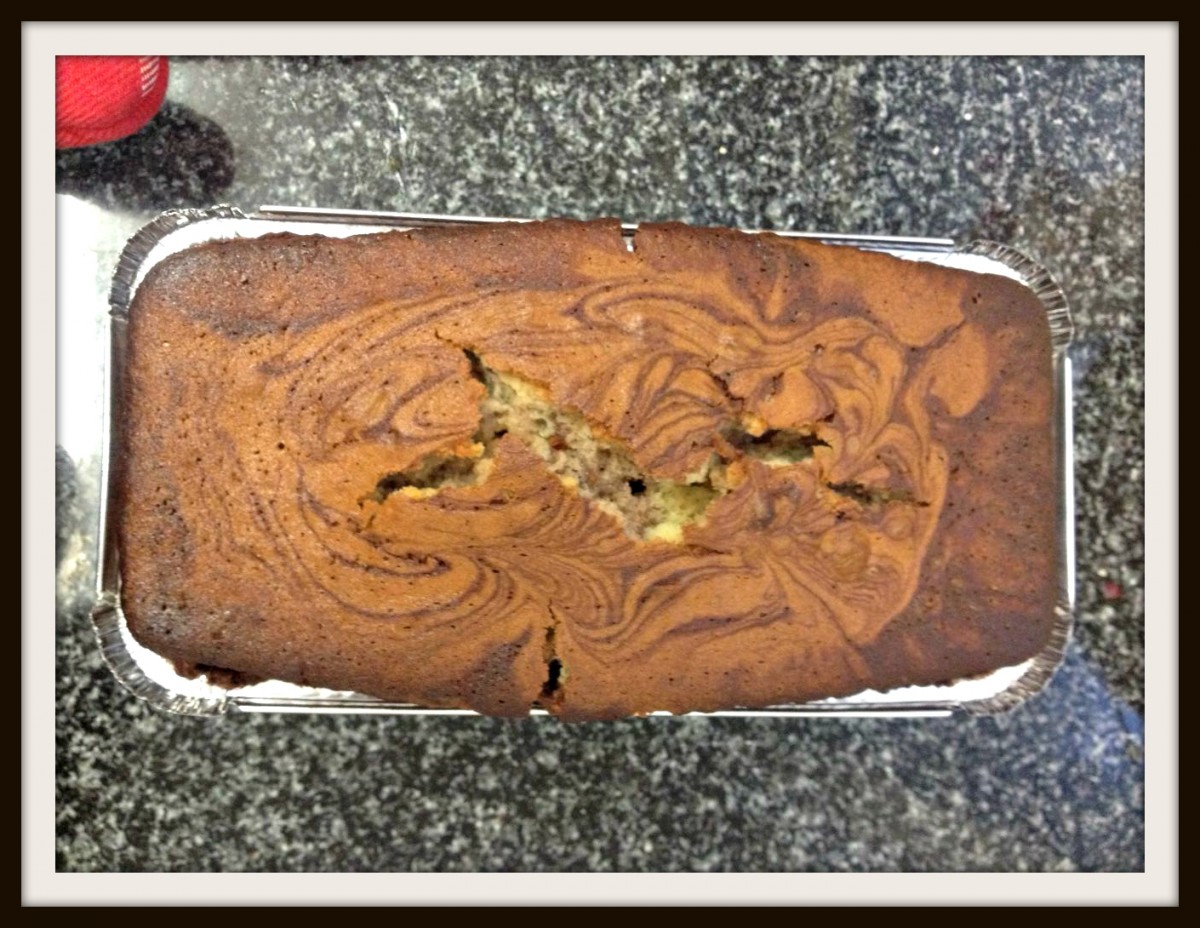 I failed a Martha Steward marble cake recipe. Why? Because I used drinking chocolate powder (super soluble like Nesquick) instead of cocoa powder. Normally I do my monthly grocery shopping at beginning of the month and make sure that I have my baking essentials like cocoa powder, baking powder, flour, sugar, baking soda and butter. This time, cocoa powder totally slipped my mind and forgot to replace it ever since. So, today I thought I keep myself occupied while the hubby is away and decided to bake a marble cake. After mixing that vanilla batter, I went searching for my cocoa powder…no where to be found. So I remembered I had some drinking chocolate powder which I do not like but it’s a waste to throw out stashed in the drawer. I used that and still followed the recipe which meant adding ¼ cup of water to the chocolate…it diluted completely like how it should resulting in a chocolate drink. Dumb dumb me decided to continue adding the vanilla batter into the chocolate drink and mix it. What I should’ve done was omit the water and just mix in the chocolate powder into half of the vanilla batter. 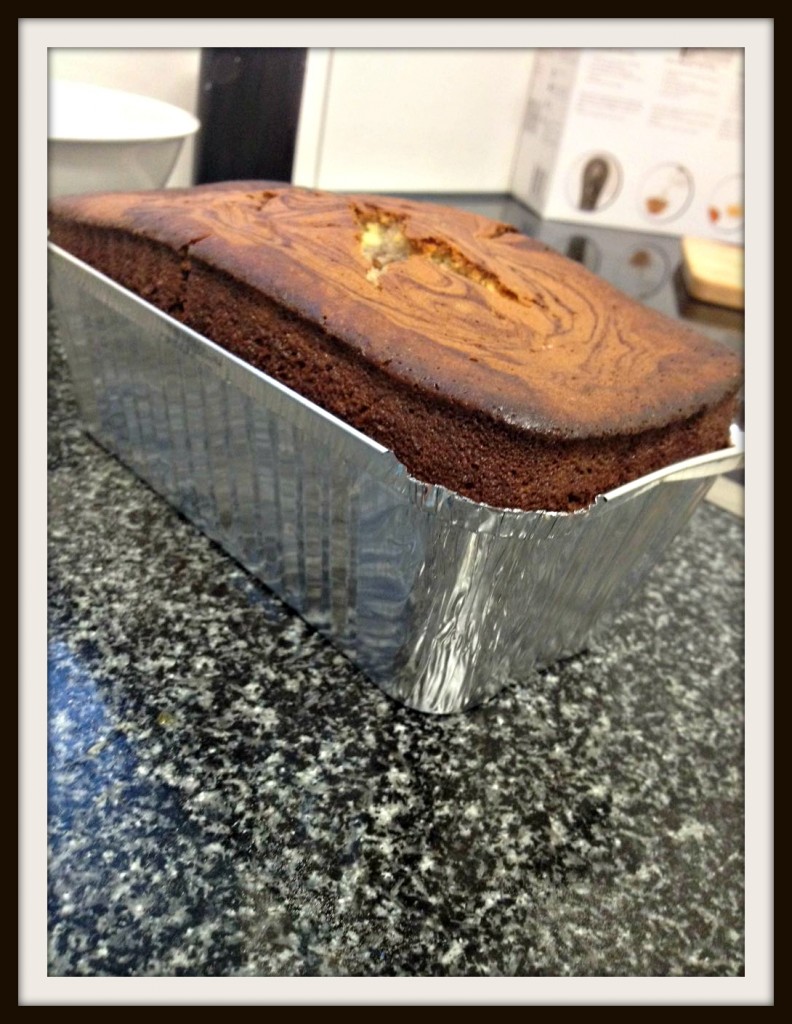 The cake actually turned out fine and tasty. Just not appealing to the eye and it really looked like a soufflé with a crack on top. Plus, I used an aluminium pan because I threw out my old loaf pan due to it getting rusty. 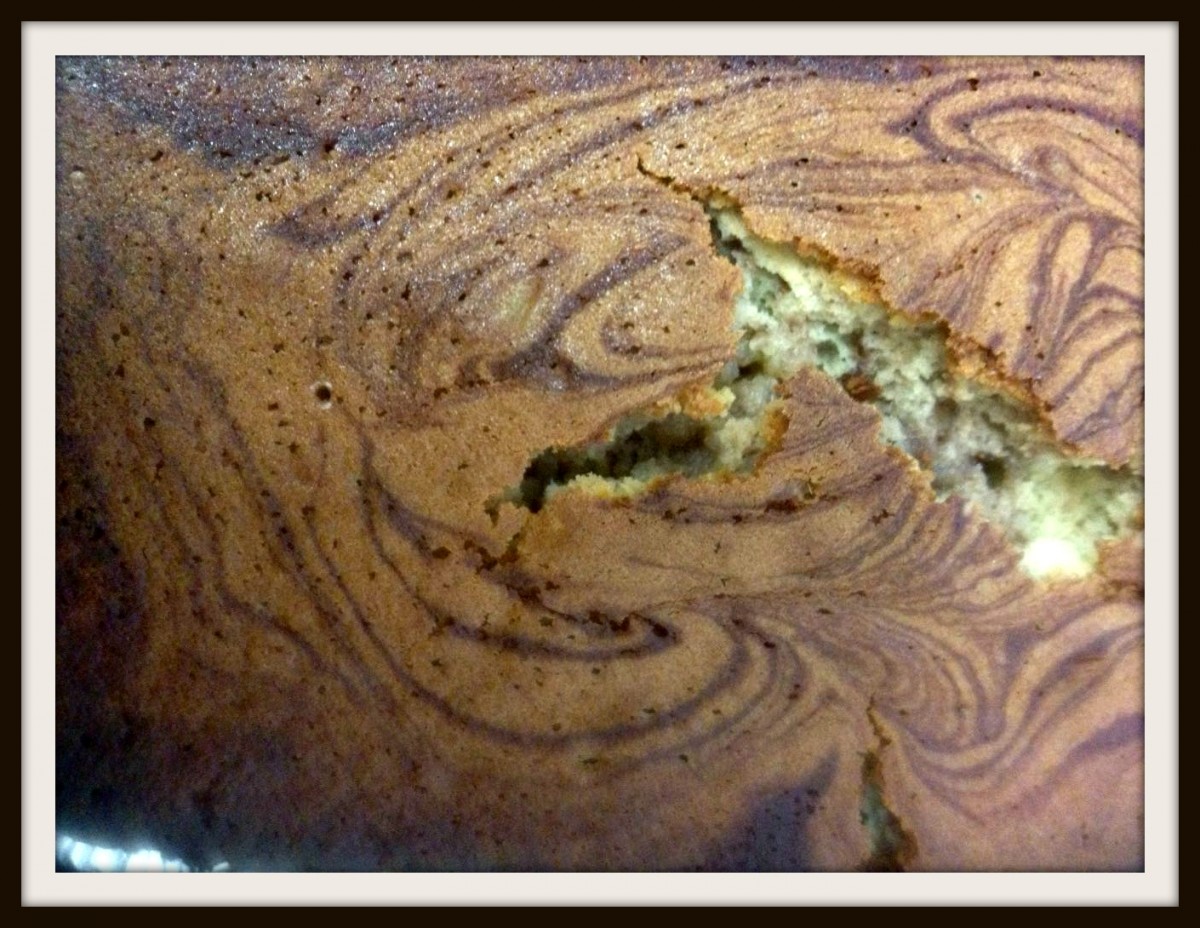 How could someone fail at a grilled cheese sandwich? ME! I did the usual, medium heat pan, two slices of sandwich bread with a light coat of Hellmann’s mayonnaise, freshly cut cheddar cheese, a pinch of salt and melted butter. This time, I was just impatient and for some reason…was dying to watch Master Chef USA. So as soon as the butter started to melt in the pan, I dumped the sandwich on the pan and thought I just wait for 5 minutes till it slowly gets browned. I got too engrossed in the show (the one where they make party platters) that I totally forgot about my grilled cheese sandwich! It took nearly 15 minutes till I started smelling something burning. I practically flew into the kitchen and saw my pan was in smoke, so I quickly took it off heat and flipped my sandwich. It was pitch black! Till today, I do not know how the smell did not reach my nose sooner because, according to the hubby…I have a dog nose. So here’s my picture of shame! There’s no editing on this one. :/ 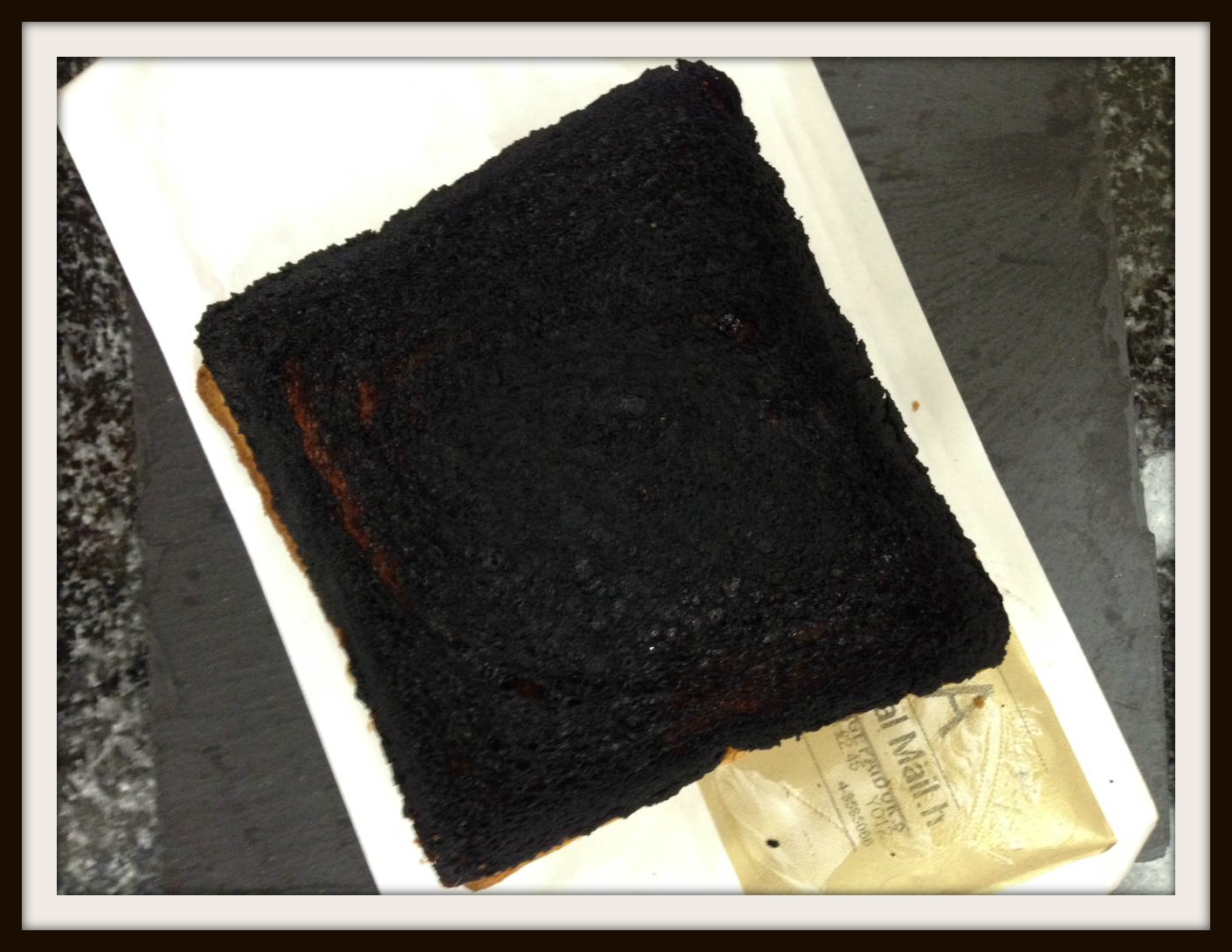